The Emancipation Proclamation is one of the most important documents in American history. As we commemorate its 150th anniversary, what do we really know about those who experienced slavery?

In their pioneering book, Envisioning Emancipation, renowned photographic historian Deborah Willis and historian of slavery Barbara Krauthamer have amassed 150 photographs—some never before published—from the antebellum days of the 1850s through the New Deal era of the 1930s. The authors vividly display the seismic impact of emancipation on African Americans born before and after the Proclamation, providing a perspective on freedom and slavery and a way to understand the photos as documents of engagement, action, struggle, and aspiration.

Envisioning Emancipation illustrates what freedom looked like for black Americans in the Civil War era. From photos of the enslaved on plantations and African American soldiers and camp workers in the Union Army to Juneteenth celebrations, slave reunions, and portraits of black families and workers in the American South, the images in this book challenge perceptions of slavery. They show not only what the subjects emphasized about themselves but also the ways Americans of all colors and genders opposed slavery and marked its end.

Filled with powerful images of lives too often ignored or erased from historical records, Envisioning Emancipation provides a new perspective on American culture. 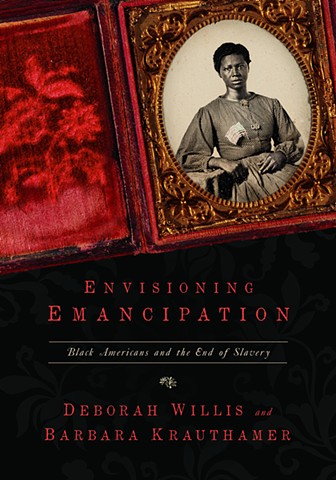