After his 1895 speech advocating economic opportunities for African-Americans, the press asked of Booker T. Washington, "Is He a New Negro?" According to photographic historian Deborah Willis, the term "New Negro" became shorthand for "a spirit of self-awareness, artistic consciousness, and racial pride," a spirit that has been captured in this 8" 8" book of 150 late-19th-century duotone photographs. The images, used by W.E.B. Du Bois for his "Exhibit of American Negroes" at the 1900 Paris World's Fair, depict African-American businesses, churches, homes and schools, as well as African-Americans themselves, usually in the stiff collar, plumed hat and pince-nez of the middle class. The goal of the exhibition, writes Levering Lewis, author of a multi-volume Pulitzer Prize-winning biography of Du Bois, was to show African-Americans as "a proud, productive, and cultured race." In their introductory articles, Lewis and Willis both tell the history of the exhibition and interpret the photographs. If they occasionally lapse into awkward academic prose, their essays provide welcome context for the pictures, which are more informative about period conventions than moving, possibly because Du Bois saw them as sociological markers and neglected to take the subjects' or the photographers' names. Perhaps the photographs' most significant feature is the response they generated. At the world's fair, Du Bois and his exhibition won gold medals; in America, the exhibition and its success received no press at all. Furthermore, Lewis astutely points out the parallel between America's eagerness to impress Europe and African-Americans' eagerness to impress America: using the stage of the world's fair, both groups frankly lobbied for legitimacy as "culturally mature." In subsequent years, however, the international perception of America improved, while race relations at home deteriorated. Except for these photographs, preserved in the Library of Congress, the constructed image of the New Negro was dropped from history. 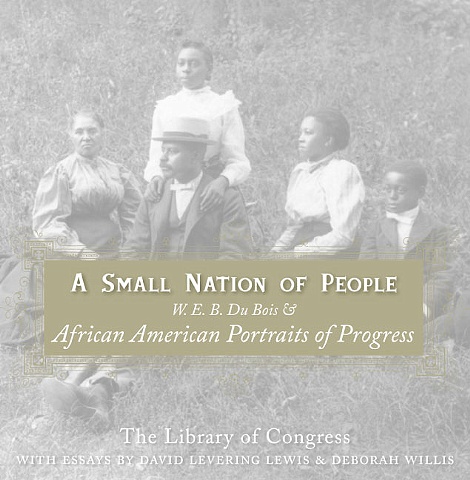